Singapore – February 2020 – The 2020 D.I.C.E. Summit has concluded after three fruitful days, which took place at the Aria Resort & Casino in Las Vegas.

The event – which took place from 11th to 13th February – was packed with back-to-back talks and Roundtable Sessions. Proudly sponsored by Virtuos, the Roundtable Sessions involved experts from every segment of the games industry as they took turns to talk about the latest emerging trends in their respective fields. 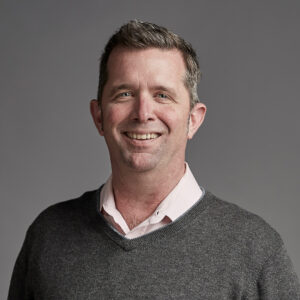 One of the roundtable discussions that was featured at D.I.C.E. Summit this year was led by none other than Dennis Cooper, Senior Director of Key Accounts at Virtuos, about the relationship between video games and climate change.

As games become increasingly accepted by the mainstream, it is increasingly difficult for game developers to insulate themselves from the global community and the challenges it faces. As well as being the right thing to do, consumers increasingly expect brands to consider the impact they have on the environment. As with most other industries, games studios must recognise their carbon footprint, whether it’s from server farms, global transportation, or the offices they build. A new generation of powerful consoles and the rise of high resolution streaming poses even more challenges and risks from increased emissions.

Besides sharing their opinions on the potential of games influencing public discourse regarding climate change, the participants also debated on how the industry can work together to tackle the climate crisis, and how studios can take steps that are both meaningful and commercially successful.

Founded in 2004, Virtuos is a leading video game development company with operations in Singapore, China, Vietnam, Canada, France, Japan, South Korea, Ireland and the United States. With over 1,700 full-time professionals, Virtuos specializes in game development and 3D art production for AAA consoles, PC and mobile titles, enabling its partners to generate additional revenue and achieve operational efficiency. For over a decade, Virtuos has successfully delivered high-quality content for more than 1,300 projects and its partners include 18 of the top 20 digital entertainment companies worldwide. More information at www.virtuosgames.com